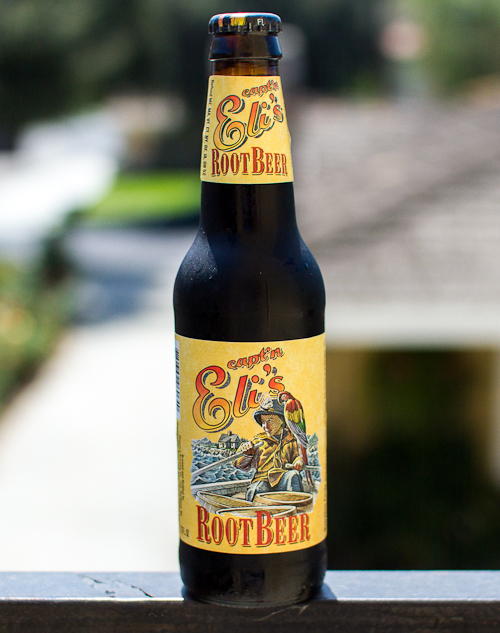 Capt's Eli's is much more than just a root beer. It is an encomium to a loved father, a secret family recipe, and a series of graphic novels full of the sea and suspense.


Capt's Eli's is named after Dr. Eli Forsley, a man who grew up drinking his father's special homemade root beer. Eli served in the US Navy in WWII (where I am guessing the "Capt'n" comes from) and afterward received his doctorate in education and worked to provide homes for mentally disabled veterans. One of Eli's sons got into the brewing business and decided to begin serving the Forsley family's famous root beer at his restaurant in Maine. In 2002 he decided to begin bottling the root beer where it grew even larger in popularity.

In addition to the interesting background for this root beer, it also has a unique take on marketing. The marketing for Capt'n Eli's revolves largely around a series of comic books: The Undersea Adventures of Capt'n Eli written and illustrated by Jay Piscopo. The graphic novel is a throwback to a much older style of graphic novels, but it also adds some modern twists, making a combination that has led it to growing success. It now has three volumes out, even spawning a crossover volume with Captain Midnight, and the spin-off series The Sea Ghost. Adding to all of this, there have even been action figures released due to its popularity. For the graphic novel lovers, they can be bought at the Capt'n Eli website. 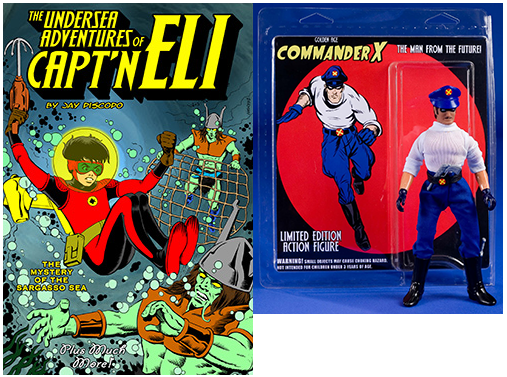 Now to the root beer itself. Immediately after opening, a dark, wintergreen smell hits you. It contains deep, rich notes, stronger than root beers like IBC or Abita.

The root beer is smooth with just the right amount of flavor up front that then transfers nicely to back of the mouth and, as I said, lingers with a sweet and wintergreen flavor for the finish. The finish really is quite long-lasting here, leaving a sweet, carmely, vanilla aftertaste that is quite nice. I don't feel like I have to rush to keep drinking in order to keep the flavor in my mouth. It is nice to sit for a few minutes and let the flavor settle until I take another sip. I think it is the wintergreen oil that helps it linger nicely.

As I drink more, I realize it isn't at rich as I first thought, but is actually more balanced. It tastes light and refreshing in addition to the rich flavors. I don't find it thin or watery, however, as it has a nice feeling in the mouth.

This is my favorite root beer so far. Once I identified the wintergreen, that flavor was a little overwhelming, but when I can ignore my knowledge of the flavor, it melds nicely with the rest of the drink. For me the strongest part of Eli's is its flavor consistency throughout a draught. It starts nicely, holds on to that flavor, and then lets is linger for you to enjoy for a while. They say there is anise in this but I can hardly taste it, guessing it is masked by the wintergreen and sugar. This is one time where all the marketing is backed up by a quality product.

Good: Fun marketing and a great backstory, consistent flavor throughout a draught, unique with the a strong wintergreen flavor that works well.

Bad: Maybe too much wintergreen?